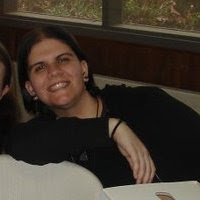 Michelle Bryant, 27, was raised in a Southern Baptist family In Georgia and had heard about the concept of homeschooling through kids at her church. Following the Columbine incident in April of 1999, she was expelled from public high school at the age of 14.

“I was a quiet loner and the school, being afraid that the same horror would take place in our small town, they needed a scapegoat,” Michelle remembers. “My best friend at the time and I were singled out as potential trouble makers and kicked out of school, though we had done nothing wrong.”

Worried that they would get in trouble for being horrible people to raise a loner like Michelle, her parents kept quiet and never pursued the legality action against the school. Since no other school in the tri-county area would accept her, home school was her only option.

“I remember picking out the curriculum with my Mom and choosing some things I wanted to learn. She worked out an assignment list and I jumped right in,” she says. “My parents both worked at the time and my brother was still in middle school, so I taught myself pretty much. My mom would give me a list of chapters to read and assignments to do and I would do them.”

Michelle says she was a bit worried about not seeing her friends anymore but she always loved an academic challenge, so she stepped up and dove into her studies. She also felt she had to prove to the school board that she could finish high school on her own, so she was determined to succeed from the very beginning.

Although she was resistant at first she found that she enjoyed learning at her own pace. “The first thing I can remember learning isn’t something that came from a book,” Michelle recalls. “I remember that I figured out that the public school system was really an education factory that tried to teach every kid the same way in order to churn out cookie cutter model citizens that would be ready for the workforce. I thought to myself, ‘I don’t want to be like that’.

The lack of socialization was a problem for Michelle. Luckily she was 14 and had already had more than 10 years in public school, so she had developed most of the social skills that she needed. The biggest problem that Michelle remembers was that neither of her parents was well educated so when she became stuck on a problem with her studies, neither could help.

Instead of being dependent on her parents to tutor her she looked things up in books or asked people at church to tutor her. “This was pre-Google so I couldn’t just pull out my smart phone and look things up. It made me work harder to learn things, but I think that was a good thing,” she says.

Although she was told that the school district would oversee her home school education, she found that they simply forgot about her. “We were supposed to keep a log of the hours I was ‘in class’ and turn in the log once a week to the school board. We did that for a couple of months, but then just stopped and no one cared,” she says. “They didn’t call or send letters or come to the house asking questions. I think they just forgot that I existed. They were also supposed to arrange for me to take the state required standardized tests, but that never happened.”

“I think home school has many advantages over public school,” Michelle asserts. “Children get more one-on-one learning, children with learning disabilities can be taught in a way that is designed just for them, and you can take the kids out of the classroom and into the world to learn and experience in a hands on way. On the other hand, I have noticed that parents who home school their children have to pay more attention to how their children are growing on a social level. Public school children get their social skills on a daily basis; they learn how to interact with other children and authority figures. Home schooled children don’t really get this type of learning so it is a secondary part of their education that their parents have to be aware of.”

When Michelle turned 16 she decided to take on the GED. She spent 3 months studying for the test at an adult education center and passed the test to receive her certificate. She immediately began working to support herself and at the age of 24 she enrolled in college where she is double majoring in Creative Writing and Religious Studies. Michelle, who now resides in Atlanta, hopes to earn a PHD and teach literature or creative writing.

For home schooled children who feel that their parents were not as involved in their education as they should have been, Michelle offers 3 ways that you can stand on your own and live a good life anyway. 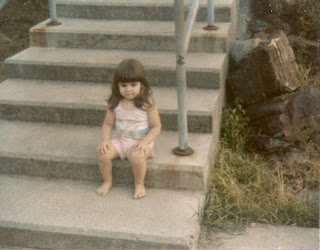 1. Work your ass off. If you want something bad enough, find a way to get it. If you want to go to college, get a great job, have a nice house, travel the world, and/or marry a wonderful person and raise a family, make it happen. If you want to join the traveling circus in Russia, make that happen. Dream a dream and then realize that no one is going to hand you those things, you have to work for them. And it’s going to be hard. But it will be worth it.

2. Figure out who you really are, underneath everyone else’s expectations of you, and then be you. Don’t compromise your true self in order to get the job you want or the ‘perfect’ relationship, because if you sell out, you’ll wind up miserable and have no one to blame but yourself.

3. Take responsibility for your words and actions. Take responsibility for your life. I see it way too much lately that people are pushing the blame for their situation onto someone else. Stand up straight and tell people “This is my life. Yes, I have faults. Yes, I will screw up on occasion. But everyone does. It’s how we learn the lessons we need to learn. So accept me, or move on.”

For My Savvy Sisters: What are your perceptions of home schooling? Are they different from Michelle’s experience?

How To Find The Answer To All of Life's Questions
New Arizona Law: Pregnancy Begins 2 Weeks Before Conception
VIDEO: Florence Scovell Shinn's The Game Of Life & How To Play It
Te-Erika's Diary: What Happened To My Friends?