The Rebuild Your Life Project, an empowerment outreach presented by MySavvySisters.Com is a continuous effort to support women during their most extreme life transitions.

To kick off this effort on April 11, 2011, Te-Erika Patterson, the publisher of MySavvySisters.Com gave away everything that she owned and became homeless on purpose to teach women how to overcome their fear of failure and survive emotionally and physically following an extreme loss. She aimed to showcase specific mental strategies women need to overcome failure as well as survival skills needed to make it through a life on the streets so that women would never be held bondage by fear of losing again and will be free to face life’s challenges head on.

1) Organized a job fair for homeless women and women in distress.

2) Raised money for a $650 rental assistance grant for women.

3) Reported on the benefits and pitfalls of the homeless lifestyle.

4) Secured a job as a waitress at Denny’s that enabled her to move up out of homelessness.

The Rebuild Your Life Project In The News 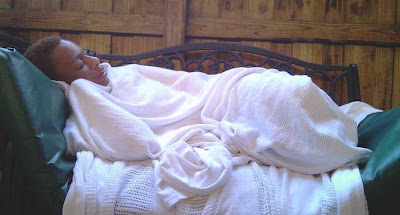 The Rebuild Your Life Project was documented daily in writing on MySavvySisters.Com and in a series of 93 videos on our youtube channel, Embrace Your Fantasy. Each video was recorded on a low budget pocket digital camera, edited and hosted by Te-Erika Patterson. You may view the entire documentary at this link.

A few of the mental strategies for success that Te-Erika taught while homeless:

2. You’re Supposed To Be Happy

6. Getting Out Of An Abusive Relationship

9. Make Peace With Where You Are

13. 7 Obstacles Women Face While Trying To Rebuild Their Lives

A few of the startling discoveries about homelessness:
1) Inside The Homeless Shelter
2) The Top 10 Places To Sleep If You Become Homeless
3) The Slim Shady Hustle Lesson
4) Working As a Panhandler
5) Resources To Help The Homeless
6) The Faces Of Mental Illness
7) Mary Becomes Homeless To Escape Abuse
8) The Top 3 Reasons For Homelessness

Through donations from strangers and Te-Erika’s tips and wages as a server at Denny’s, MySavvySisters.Com sponsored a $650 Rental Assistance Grant For Women. A Note of Thanks From the Rebuild Your Life Rental Assistance Grant recipient:
“When I received the $650.00 I was very thankful. God is very strong. Thanks to Te-Erika, who had that interest  and helped me with the rent. Also, I was very surprised that there are very good people in this country, people that will let all go to help other people. I am a single mother and for me to receive money is a blessing. Thanks Te-Erika. Thanks to my God.   Thanks so much for your help.” ~ Teresita Ortiz

On August 13, 2011 Te-Erika was able to say goodbye to the COSAC homeless shelter and the homeless lifestyle and move into a house with new roommates which marked the end of the first leg of The Rebuild Your Life Project. 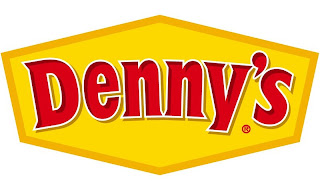 The Rebuild Your Life Project didn’t end when Te-Erika moved up out of homelessness. In November, 2011, Te-Erika continued her efforts to empower women by partnering with Denny’s Restaurants to offer employment to women in distress.

On December 20, 2011, 14 South Florida Denny’s Restaurants Will Offer Employment To Those In Need In Support Of The Rebuild Your Life Project

Published Reports Inspired By The Rebuild Your Life Project

You can read Homeless On Purpose, Te-Erika’s investigative report based on The Rebuild Your Life Project originally published in the Westside Gazette.

Homeless On Purpose – Part 1-What Leads To Homelessness

Homeless On Purpose- Part 2 – The Benefits of Homelessness

Homeless On Purpose- Part 3 – The Pitfalls of Homelessness

Homeless On Purpose- Part 5 –Nothing Is Permanent 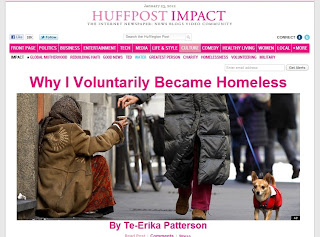 Why I Voluntarily Became Homeless
I Am Not An Advocate For The Homeless
Denny’s Restaurant Says YES To The Rebuild Your Life Project
Strategic Efforts & No One Cares- Is It Because I’m Black? 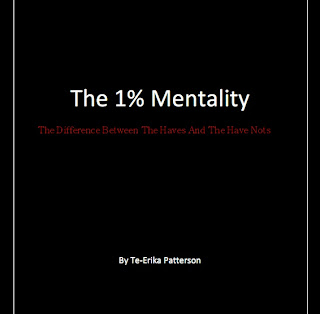 12 Key Characteristics that make all the difference between the 1% of America’s wealthy and those who are not. Available For Purchase on Kindle. On June 27th, 2012, Te-Erika Patterson moved to Los Angeles with less than $200, no friends or family in the city and never having even visited the city before.

She has been (barely) surviving and documenting her journey while teaching lessons about overcoming obstacles relating to a relocation and trying to reach her goal of offering a $4,000 grant to a woman in Los Angeles. You CAN Rebuild Your Life in a new city. If she can do it, you can too. Be encouraged! Moving To LA TODAY is Te-Erika’s latest blog that teaches how to move to Los Angeles and what life will be like once you get there.

How To Decide When It’s Time To Move On

Are You Afraid To Move On

How To Choose A New City

How To Save For Your Trip

Having Fear About Moving To A New City?

Before You Leave- Do This

How To Stay Positive While You Plan

6 Women Who Relocated And Changed Their Lives

I Made It to California!

Wondering What To Do First?

Signing Up With Central Casting

What To Do When You Need A Hug

How To Define Yourself When You Meet People

This is Not A Test

An Injury Stops My Progress

When Things Get Rough

How To Take Care Of a Sexual Itch

My Sons Come to Los Angeles

How to Find Support

To Donate Goods or Services

All goods or services donated to The Rebuild Your Life Project will be used as give-aways for our readers. Please send an email to sales[at]mysavvysisters[dot]com with details about your company, a photo and your offer.
To leave a voice message of support: 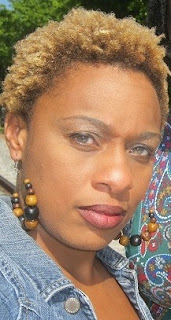 We would appreciate your support during this endeavor. You may choose to become a partner by contributing a monetary donation to our fund and/or publicly supporting this project by means of a newsletter or press announcement.
During this time Te-Erika Patterson is also scheduling speaking engagements at various homeless shelters, women’s groups, civic organizations, radio and television programs to speak about REBUILDING YOUR LIFE, our website and its mission. I would love to be included in your organization’s next meeting, event or broadcast for an opportunity to share my wisdom, resources and inspiration.
We appreciate your support. You may contact me directly at RebuildYourLife[at]mysavvysisters[dot]com to receive a personal invitation to partner with us.
Te-Erika Patterson