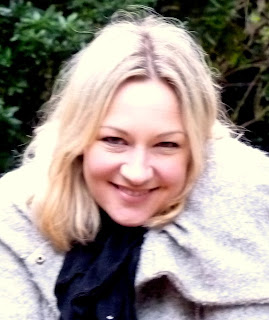 Bronte Blomhoj Aurell opened her business, Scandinavian Kitchen, in London the same day she delivered her first child. Scandinavian Kitchen is a deli, grocery store and cafe with a large web shop that services both Scandinavians in the UK and people who love Scandinavian food. You can find her store at 61 Great Titchfield Street, London W1W 7PP, England. 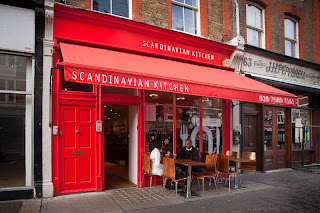 “I’d had enough of the fast-paced banking environment since I worked for JPMorgan and Goldmans, so I jumped ship to work for a small start up called innocentdrinks.co.uk – a UK smoothie company,” Bronte said. “There, I had the most amazing mentors. It was a meeting of minds and I stayed there for 5 years before I felt ready to do my own thing.”

Doing her own thing meant opening her own business that released a certain hunger she had for a taste of home. “Being an ex-pat Scandinavian in London, I was missing food from home. I also wanted to do something I could shape and create together with my partner. We are both passionate about food, especially food from our home countries, so we decided to create a place that was both a grocery store, a cafe and an online shop for ex pat Scandinavians and people interested in Scandinavian food,” she said. 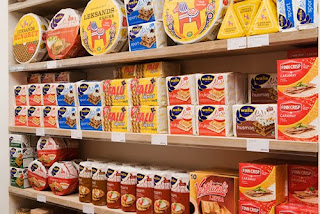 “I love food. Food is everything – it creates memories and enriches cultures across the world,” Bronte explained. “When I think of my Mom I think of her Danish meatballs, I think of her special apple pie with cinnamon sauce, using the apples from our garden. Every memory is somehow connected with a food experience. I wanted my children to feel connected to their heritage by food as well as language, seeing as we live abroad. I always tell people that I sell much more than food: I sell a remedy for home sickness.

Owning her own business allows Bronte to be flexible with her time. “I don’t have anyone to answer to so I can fit my schedule in around my kids,” she said. “I don’t work less than I did before, in fact, I’m sure I work harder, but it is on my terms and nobody else’s. Plus, my kids have never had to suffer because of our work. We’re there for them – and we are both able to be equal parents. Both of us work but both of us look after the kids too. It’s wonderful.” 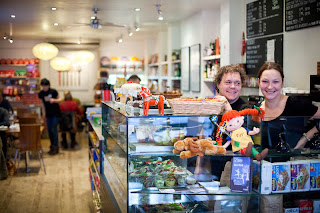 “I’ve always been lucky to land on my feet,” Bronte recalled. “Actually, this is probably a lie, but I have a bad memory for things that didn’t go so well. I don’t see making mistakes as failure; I see it as a learning curve. Life is all about learning. As long as the risk is not too great, I say go for it. I truly believe that most things in life are 90% guts, 10% action. We have our own fear that keeps us from doing stuff we want to do. It never ceases to amaze me how many people hold back in life, only to realize too late that this is not a drill, this is IT: this is the chance you get and you have to grab it. You only have one life. The fear of failing is very real. For some reason, we think that others don’t have it. We all have it every time we are pushed into a new situation. Imagine if you asked Obama to perform the starring role in Les Miserables? I promise you he’d be fearful to of doing that because it would be new to him. Everybody is scared of new things. Therefore, overcome the fear and then the rest is not that scary.”

Bronte offers My Savvy Sisters her personal recipe for success:

1. Write a business plan. Crunch the numbers. If the numbers don’t add up at this stage, find a different strategy – or idea. Trust the numbers, not just a fluffy idea.

2. People make a business. Treat your people right and they will automatically give good service to your clients. Hire ahead of the curve and hire the best people you can afford and do not be afraid to delegate.

3. Read Michael Gerber’s “The E-myth Revisited” and learn it by heart. He’s my hero.

Oh, and don’t have a baby on the same day as opening your first store.