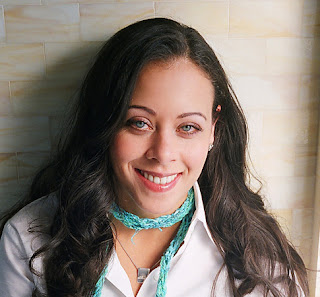 Heidi Durrow is the New York Times best-selling author of The Girl Who Fell From the Sky. She is also the author of the blog Light-skinned-ed Girl.

She began writing The Girl Who Fell From The Sky in 1998 after leaving her job as a public litigator to pursue her dream of writing. “I always had this dream of being a published novelist,” Heidi explained. “But, I needed a job that would allow me to do this work. I thought to myself, I’m 28 and I have to write this book before I’m 30.”

Heidi said she struggled through the writing process and had a bout of writers block which lasted for years. “I realized that I was about to turn 35 without a book so I put myself on deadline,” she said. “The difficult part about being an artist is that no one really cares if you’re doing your work and there’s no deadline. I had to create one. I subscribed to poets and writers magazines.I started following the deadlines they posted for grants and contests and I wrote my book as a series of short stories. A year later, I won a contest.”

After facing a barrage of rejections from literary publications she created a rule for herself. “For every rejection I got, I had to send out another story to 2 more literary publications,” Heidi said. “I doubted myself for a long time because I had always been a good student and I was always able to follow the rules. As an artist you are required to break the rules. It required me to look at the rules differently. I had this buzz going and I finished the manuscript in 2004. It took me a year and finally found an agent, the same agent who represents Alice Walker. She loved the manuscript and believed in it. She sent it to about 3 dozen publishers and they all rejected it for various reasons. They were looking for more comical books or they didn’t believe there was a market for this type of book.”

After sending her book out to a dozen more publishing houses The Girl Who Fell From The Sky remained on the rejection list. “The only reason it finally got published was that I sent it out to a contest and it won. The Bell Weather Prize For Literature & Social Change awarded $25,000 in prize money and a guaranteed book contract. I had gone from being the rejected novelist to being a New York Times best-seller,” Heidi remembered.

“People keep asking me, ‘Why did you keep going after all that rejection?’ More than wanting a physical book in my hand I wanted to share a vision that I wanted the world to share in. How can I refine my vision so that people can understand that this is something they should be interested in. That was a major hurdle that I overcame,” Heidi explained.

“Being a debut novelist in an age where people are telling me that the book is dieing is a feat within itself. The book came out last year and became a national best seller,” Heidi said proudly. “This year it came back in paperback and its been on the NY Times bestsellers list for a few weeks. This is the book that editors said no one could relate to and there’s no market. Clearly there is.”

Heidi said she planned to write the next great American novel, but making such a grand goal only set her back because of the immense pressure. “Doing lots of research and having lots of information on hand so the next step and the next step makes sense. When I broke it down into increments, it seemed more doable,” Heidi said. “I had a very good friend who said ‘You are going to write 200 words per week. And you’re going to call me and read the words to me every week.’ I would write the words and I would read the words to her and she kept me accountable.Breaking down the massive dream into smaller steps is what really helped me.”

I Love My Wife: Latraila Porter
VIDEO: Love Talk - Joanna Ammons
A Special Delivery of Love
Video: Why Does A Break Up Hurt So Badly?