Home
Relationships
How to Train (Motivate) Your Man 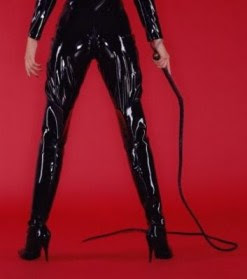 The dominant man is recognized by his confidence in his abilities and the way he makes decisions without needing a consensus. He trusts his own judgment and expects you to respect and trust him too. To motivate this man to be his best, take good care of you and his empire you need to:

· Respect and support his decisions

· Remind him that he is a King

· Make his home his paradise

· Stay sexy and eager to please

· Be his biggest cheerleader

The dominant man will appreciate a woman who is submissive and plays a role that completely caters to his needs and wants in life. He will probably have a big bark, yelling out orders and throwing his weight around but he does still love you. He exercises his authority aggressively both in the office and at home and it makes him feel like more of a man to have his lady looking sexy and consistently ready to please, without an attitude or objection.

The submissive man is recognized by his constant need for reassurance. He needs your approval before he does anything and he adores affection and being petted. He doesn’t really know how to be dominant and he doesn’t want to be. He needs a woman to make him be a better man by:

· Rationing out sex as a reward for good behavior

The submissive man will appreciate a woman who treats him like a dog because this delights him. Somewhere along the line he was trained to believe that this behavior is indicative of a real woman. He loves a woman with an attitude and would reject any woman who adores him. He has no clue how to be a better man on his own so he needs your aggressive guidance and fully appreciates it.

For More Information on this endeavor, try reading the ebook How To Train Your Man.