Home
Relationships
How To Argue Productively 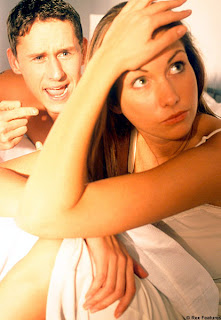 If you’re a living being on planet Earth at some point you’ve had a heated discussion with another person whose opinion was different from your own. These heated discussions become arguments when the people involved are focused more on proving that they are right than gaining a firm understanding of what the other person is saying/feeling and expressing their differences in way that brings both parties to a mutual understanding of what they believe individually.

If you are engaged in a conversation where the other party does not agree with your point of view you should care about preserving the respect and integrity of the relationship despite the difference in opinion.

If you don’t care about the person’s feelings or view you might:

1. Behave immaturely by calling them names like DUMB or STUPID BITCH.
2. Scream at them.
3. Demonstrate inactive listening by cutting them off while they are speaking.
4. Focus your eyes on their mouths to see when they pause so you can get your words out.
5. Hang up in their face and send insulting text messages immediately. (If you’re on the phone.)
6. Walk away while they are talking.

No one involved in such an immature discussion will benefit from it. Negative emotions are running rampant and there’s no turning back unless you take control of the situation by:

1. Lowering your voice so that the other person is forced to lower their voice in order to hear you.
2. Understanding that their viewpoint is just as important as yours.
3. Listening to what they are saying and trying to understand why they feel that way.

Don’t Say: That’s some off the wall mess you’re talking. No one thinks the way you do.

Say: “I understand that you feel that XYZ. I can see why you would feel that way.”

This helps by validating their feelings which will immediately cause the other person to become less defensive leading them to be more receptive to listening to your view.

4. Asking questions about their view. One of the most simple desires of this human life is to be heard and understood. When you take the time to question them in a non aggressive way, you actually satisfy that desire and allow them to express their opinion and even re consider if they want to continue to hold that viewpoint.

Don’t Say: What the hell is wrong with you? That’s a dumb idea!
Say: I’m not sure if I agree with that. Why do you feel that way?

5. Changing the conversation with a joke and a compliment. This infuses love and laughter into the situation and you can carry on with your relationship in a healthy way.

Don’t Say: Your crazy ass needs to go see a therapist! (That’s not funny. It’s hurtful.)
Say: Even though there’s no way I would do what you’re about to do, I still think you’re sexy.

The Leap Year 'Leap Day' Challenge
Celebrating The Beauty of Mixed Race Women
Te-Erika's Diary: LGBT (Q): The Q is for Questioning
A Sugar Detox? What?