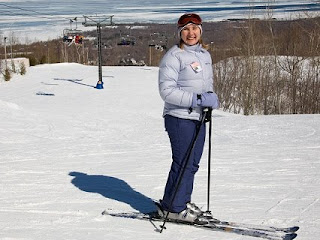 SALT LAKE CITY, April 7, 2011 /PRNewswire/ — USANA Health Sciences, Inc., a nutritional supplements manufacturer based in Salt Lake City, is proud to be the Official Health Supplement Supplier of the U.S. Women’s Ski Jumping team (WSJ-USA), the newest addition to the 2014 Sochi Olympic Winter Games. For the first time in Olympic history, women are allowed to participate in the discipline of ski jumping.

“USANA could not be happier to be part of this historic moment. These women are an inspiration, and we are thrilled to continue supporting this elite team of athletes,” said Dan Macuga, USANA’s Vice President of Marketing.

Women’s ski jumping is becoming an increasingly popular sport to compete in worldwide. Lindsay Van, of Park City, Utah, is the sport’s first female world champion, and for over 10 years Van and the team have fought to be included in the Games. “We know we’re ready and we want to show the world in Sochi in 2014,” Van said in 2010. The IOC rejected women’s ski jumping for the 2010 Winter Olympics and that only fueled Van and the team to push harder.

“I’m glad I didn’t give up,” Van said Wednesday at the Utah Olympic Park, site of the ski jumping events at the 2002 Winter Games.

Christophe De Kepper, IOC sports director, said Wednesday during a press briefing in London, the main reason a women’s event was approved for Sochi 2014 is the increase in quality and depth in women’s ski jumping.

“The support that USANA gives us is huge. We would not be here if it wasn’t for our sponsors who have seen the virtue of this and stuck with us. Presently the entire program is run by the funding we generate through our sponsors and private donors,” Peter Jerome, founder of WSJ, said.