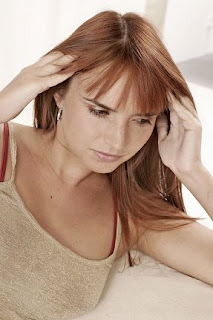 An aneurysm is a weak, enlarged area in an artery (blood vessel). Over time, the force of normal blood pressure can cause it to rupture, which can be life-threatening and cause significant disability in survivors. The American Association of Neurological Surgeons estimates that every year 30,000 people in the United Statesexperience a ruptured brain aneurysm. Aneurysms are more prevalent in people ages 50 to 60 and three times more prevalent in women.

The size of an aneurysm can vary from small (less than .25 inches) to giant (larger than 1.25 inches). Its shape may also vary; for example, it may be balloon-like with a narrow neck extending from the artery or it may resemble a bulge with a wide or indistinct neck.

The Pipeline Embolization Device (PED) is a flexible mesh tube made of platinum and nickel-cobalt chromium alloy that can be used to block off large, giant, or wide-necked aneurysms in the internal carotid artery, a major blood vessel supplying blood to the front of the brain. The device can also reduce the likelihood that an aneurysm will rupture.

To implant the device, the Pipeline is attached to the end of a catheter, which is inserted into an artery in the leg. The catheter is threaded into the carotid artery and into position at the aneurysm where the Pipeline is expanded against the walls of the artery and across the neck of the aneurysm, cutting off blood flow to the aneurysm. The blood remaining in the blocked-off aneurysm forms a clot which reduces the likelihood the aneurysm will grow bigger or rupture. Aneurysms successfully treated with the Pipeline will often shrink over time.

“The Pipeline Embolization Device offers neurointerventional surgeons an alternative to open surgery or placement of materials such as coils or a liquid embolic when treating carotid artery brain aneurysms,” saidChristy Foreman, acting director, Office of Device Evaluation, Center for Devices and Radiological Health.

As part of the approval process, the FDA reviewed results from a study that followed 108 patients between ages 21 and 75 who had a large or giant aneurysm with no discernable neck in certain sections of the internal carotid artery. Results showed that one year after implantation 70 percent of aneurysms remained blocked off without significant narrowing (stenosis) of the section of the artery treated with the Pipeline device.

The same study tracked adverse events associated with the Pipeline and showed that ten strokes occurred in 9 patients in the year after treatment, significantly less than the 20 percent rate expected for this condition. Patients also experienced minor adverse events such as headache, bleeding, nausea and vision problems.

The Number 1 Reason You Are Unhappy
Confession: I Slept With My Boss
Welfare for Weed? Let the Poor Choose for Themselves
6 Signs You are Ready To Love Someone