Home
News/Editorials
The Great Ponzi Scheme of the 21st Century 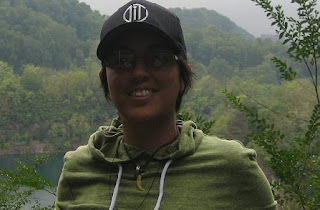 A ponzi scheme is a fraudulent investment operation who uses investors money to fake profits. Such was the case with Bernie Madoff, an investment advisor who was sentenced in 2009 to 150 years in prison for swindling investors and lying about billions of dollars in profits. To understand what has happened to our country you must look at the relationship of Corporations, Wallstreet, Lobbyists, Politicians and Banking. The Great Ponzi scheme of the 21st century could not have happened without their cooperation. The entire system has not only been compromised but it has been bought out. The corruption is bursting through the seams with more dirty laundry waiting to be aired. To help understand this, please check out this explanation from MSNBC.

The wealthiest of the elite has slowly and more recently removed the vast amounts of wealth the American middle class once held. Take a look at the Troubled Asset Relief Program of 2008 where the government purchased toxic equity and assets from financial institutions who knowingly participated in predatory lending. The government handed over $700 billion dollars to the financial industry without reforms or conditions at the expense of us the American taxpayer. Remember these large too big to fail institutions knew of the con and the risks, they also knew they had government to bail them out when the bubble burst.

As I mentioned in a previous column, filmmaker Michael Moore stated that there are 400 people in the United States that hold more wealth, stock and property than 155 million people combined. Up until Jimmy Carter there were numerous Presidents, including John F. Kennedy, Lyndon B. Johnson and Dwight D. Eisenhower, who have warned the American public about the wealthy elite trying to take control of governments and financial institutions as well as the military industrial complex. Take a minute to think about that. Statistics show less than 1% of the population controls over 90% of the wealth on the planet.

It is the agenda of these people to keep us ignorant, entertained and preoccupied, because if we had the time to analyze and think about ourselves and our society, change would be made. So what can you do? Start by removing your money from these institutions like Bank of America, Chase, Wellsfargo, Citibank, Wachovia, Goldman Sachs (or any bank who took TARP funds) and deposit it at a credit union or local bank. Educate yourself, there is a treasure trove of information on the web to help you understand what is going on. Knowledge is power, educate yourself, read the Constitution for the united States of America, know and understand it.

Say no to war and join in on a protest. Stop voting for democrat or republican affiliates because they both work for the same people. Erase the lines of division that we have created for ourselves. In unity it is time to recognize that we are one human family and collectively we can bring an end to their reign of destruction and create a better world free from oppression, slavery, poverty, division, destruction and pollution. Exercise your free will because it begins with you. Love yourself and one another because it is time to reclaim our lives, our future and our individual sovereignty.

My Savvy Sister of The Week- Kai Soremekun
Life Is A Transition
Teana McDonald Shares 4 Clues You're On The Right Track In Business
Te-Erika's Diary: Missing My Babies