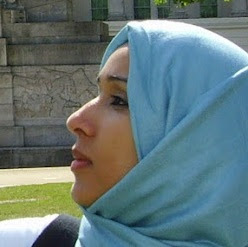 On June 17th courageous women in Saudi Arabia will take to the streets in protest of Saudi Arabia’s longstanding ban against women driving. Manal al-Sharif, the organizer behind the Women2Drive protest which began last year after she posted a youtube video of her driving, is now the subject of violent threats against her life.

After posting this video that shows her driving, Manal has been honored by numerous organizations for her bravery in a country that punishes women with public lashing for disobeying cultural rules like driving and not covering their bodies.

According to a report that ran in Women’s E News, Manal has stated that she has been taught since she was a child that as a girl she was sinful to expose. She defied that definition last year by organizing a protest that received international attention as 100 men and women in support of Manal’s stance on women’s liberation in Saudi Arabia got behind the wheel of cars. Two women were reportedly stopped by police and one of them was sentenced to a public lashing which was never carried out because she went into hiding.

My Savvy Sisters stands behind Manal al-Sharif and her efforts to quell the attack on women’s freedom and personal development in Saudi Arabia. To show your support please visit the Women2Drive facebook page and follow this developing movement.

A Sugar Detox? What?
Sugar Detox: Groceries and Headaches
Christina Perez Inspires You to Dream Big in Style
Is NAACP Leader Rachel Dolezal Pretending To Be Black?