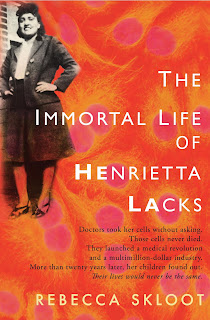 The Immortal Life of Henrietta Lacks is a riveting story about an African American woman’s unsung contribution to medicine. While undergoing treatment for cervical cancer in 1951, two tissue samples were removed from Henrietta’s cervix and sent to a cell culture lab for examination without her knowledge. One of the samples led to a massive discovery—the first immortal human cells—which assisted in the cure and treatment of many illnesses. For years, Henrietta was only known in the medical and scientific communities as the infamous HeLa—an acronym for her immortal cells. Her family, however, remained in the dark about the ever-growing cells and the multimillion-dollar industry that was birth as a result of them.

This nonfiction work delves into a pivotal scientific breakthrough and the lives of Henrietta’s descendants. It provides an extensive account about Henrietta’s life and cancer, the medical professionals she encountered, her invaluable cells and their implications in science. Page after page, you develop an unrelenting need to find out what happens to the family; why they where oblivious to Henrietta’s cells; what, if any, restitution is made to the family; and if there are any ramifications for those who researched and sold HeLa.

To counter the extensive fact based reporting, Skloot weaves legal, medical, scientific, familial and cultural journeys into a narrative that accelerates the pace of the hefty book and keeps each chapter interesting. And Skloot does so mostly through the words and experiences of Deborah, Henrietta’s second daughter. I wish that a greater portion of the book were devoted to Henrietta’s importance in science. There was a point in which I learned too much about Deborah, her siblings and their children. Sadly, Deborah (and the family in general) became a spectacle and her plight began to overshadow her mother’s significance during the reading.

I found myself laughing out loud at Deborah, rather than siding with her emotional, uphill battle to find peace in her mother’s death and immortality. In addition, Skloot uses examples such as the Tuskegee Syphilis Study to trace related cultural and medical instances in American history that brought forth forums on ethics, rights, consent, and race-based medicine. Given that Henrietta was a Black woman who suffered and died from cervical cancer, I wonder why Skloot never mentioned Black women’s role in the development of gynecology. In doing so, she could have made a profound connection between the use of women’s bodies as research subjects in medical advancements pre and post chattel slavery.

Despite those weaknesses of the book, you can’t finish “The Immortal Life of Henrietta Lacks” without feeling some ounce of gratefulness for Henrietta, sympathy for her family, or questioning your stance about donorship and consent, ownership and compensation, or exploitation and bioethics. It leads you to question your physical and societal worth.

If you seek an educational nonfiction read rooted in hard-hitting fact and monumental legacy, you will find the “The Immortal Life of Henrietta Lacks” an appreciated literary adventure. 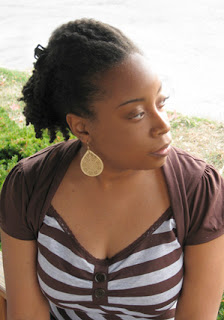 L. Cherelle is the author of “Accept the Unexpected’ and manager of Resolute Publishing—a publishing collective for women. She is a graduate of The University of Tennessee with bachelor and master degrees in Fine Arts/Graphic Design and Business Administration, respectively. To view her books, magazine, and projects, visit www.ResPublishing.com.

WARNING: PMS Now Being Treated By Pretty Prozac Pills
The Mental Transition From Homelessness
5 Reasons You Should Dump Your Bestfriend
EDITORIAL: Move Your Money