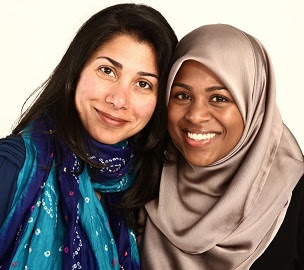 Ayesha Mattu, 39, of San Francisco and Nura Maznavi, 33, of Los Angeles have come together to produce the groundbreaking book, Love, InshAllah: The Secret Love Lives of American Muslim Women. In the book, 25 writers sweep aside stereotypes to share their real-life romances and the pursuit of love in the modern world. From singles events and online dating, to college flirtations and arranged marriages, all with a uniquely Muslim twist, the writers represent a broad spectrum of ethnic/racial backgrounds and religious outlooks speaking openly for the first time about love, dating, relationships, gender, identity, and sexuality.

MySavvySisters caught up with Ayesha Mattu and asked her to elaborate on the common misconceptions of Muslim women and her hopes for the book’s influence on our culture.

MSS: What is the biggest misconception that the western world has about Muslim women in regards to love and relationships? How do you think this concept was constructed?

Ayesha: The biggest misconception is, quite simply, that we are veiled, submissive creatures who marry out of duty, not love. In fact, the word “love” is almost never paired with the words “Muslim woman” in the minds of most people.

The past few centuries have been tumultuous ones for Muslim communities and countries globally. Interestingly, in “Western representations of the Muslim woman” Dr. Mohja Kahf talks about how the perceptions of Muslim women have changed over time. During medieval and Renaissance times, European writers portrayed Muslim women in exactly the opposite way, as forceful queens of wanton and intimidating sexuality. She posits that these shifting images of Muslim women are linked to changes in Western relations with the Islamic world, as well as to changing gender dynamics within both societies.

MSS: Your book is a collection of stories about love in the Muslim world that tackles taboo topics like homosexuality, interracial relationships and blending cultural lines. How were you able to get women to discuss these issues openly? What was your reaction to them sharing their stories?

Ayesha: We gathered stories over the course of five years. We spent that time developing deep, trusting relationships with each writer. Because so many Muslim women have had their own words used against them in media interviews or other contexts, we made it clear to each writer that she would have full control over her own narrative and that the final version of her story would only be published with her full approval and consent.

We were happily surprised at the hundreds of responses to our national call for stories. Their willingness to engage with such deeply personal issues was and remains inspirational to us! 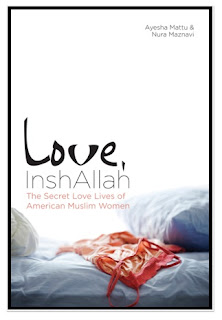 MSS: What was your personal motivation behind developing this book?

Ayesha: Much has been written about Muslim women, but very little has been by Muslim women ourselves. We thought it was about time we started telling our own stories. And what better stories to share than love stories, which have a universal appeal? We are all seeking to love and be loved for who we are. Sharing these personal stories gives us all a chance to connect heart to heart, beyond the headlines.

MSS: Can you share a personal story about coming to terms with your own desires for love that illustrates why the message from this book is important?

Ayesha: Many people don’t associate the idea of love with Muslim women, and they also don’t associate it with the religion of Islam. This view is so pervasive that as a child of the West, I didn’t associate those values with Islam either. It wasn’t until I was in my twenties when I started reading the mystical poets of Islam – Rumi, Hafiz, Rabia Al-Adawiyyah, Bulleh Shah and others – that I realized my birthright.

One of the names of God is Al-Wadud (the Loving). He created the world from love, and love is at the core of Islam. Love for our spouse, children, parents, neighbors and the earth are all central to our spiritual teachings. Realizing that helped me connect to a joyful, loving and creative Islam. I want to share that – all the facets that love can take – with others through this book. Ultimately, love is what makes us human.

MSS: How have men in the Muslim community reacted to this book?

Ayesha: They’ve been very supportive! A third of our advance readers were men, and they whole-heartedly endorsed the book. During our 5-city book tour in early to mid-February about a third of the audiences were men, and many of them requested a sequel written from their perspective!

MSS: How do you hope Love, InshAllah will influence modern romantic thought?

Ayesha: There are many possibilities before us. The book is being taught at universities, read by interfaith groups, and selected by book clubs. Counselors, thought leaders and religious figures are using it to engage in conversation with their constituencies and congregations about the issues raised up by the writers, who speak openly about both the joys and challenges of being a Muslim woman in America today.

We hope the book gets picked up in international markets and is translated into other languages. A male sequel is a possibility. We would love to see Love InshAllah go global so that Muslim women in different countries – France, Indonesia, India, Nigeria & elsewhere – can share their own stories. The Muslim community in the US is the most diverse in the world including people from every country imaginable and those whose roots stretch back to the founding of this country. The context changes from country to country so it would be interesting to see the similarities and differences between Muslim women.

And we’ve been asked repeatedly to turn this into a screenplay so maybe Love InshAllah will be coming to a theater near you sometime in the future!

Check out these ladies at

Check out these ladies at www.loveinshAllah.com

Dealing With Competitive Women At Work- Let Her Be The Queen
How To Stop Smoking Today
CONFESSION: I Don't Love My Husband Anymore
Te-Erika's Diary: He Squished My Belly