Home
Inspiration
5 Mistakes That (Eventually) Made Me Happy 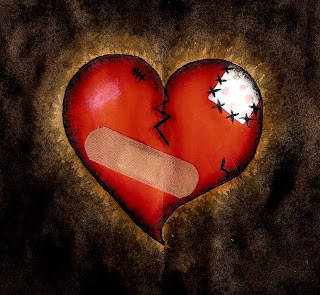 The process of achieving your goals is a journey wrought with mistakes. In the midst of making what seems to be the wrong choices, you may feel as though you’ll never get it right. The truth is, getting it wrong plays a necessary part in getting it right. Think of it as a weeding out process, you’re constantly figuring out what NOT to do so that you will be redirected toward your true passion.

Here are 5 ‘Mistakes’ I made that I am now grateful for.

1. Allowing my sons to go live with their father.

Back in 2006, I left my cushy job as a secretary at a private school to work at a PR Firm because I desperately wanted to be a writer. After only two months, the President of the company let me go saying, “I think I’m holding you back.” Although I didn’t know it, her decision would lead me to be unemployed for 3 months with my 2 small children.

I was receiving no child support from my children’s father, an attorney, who somehow managed to wrangle the system to the point where he was not obligated to pay me anything. Years of trying to get him into the child support system had failed me with his constant motions in court and a relocation on my part and I could not find an attorney who would help me to fight him and his legal experience.

I managed to take care of our household for 3 months without a job before a friend invited me to move to Atlanta with my sons and try to find a job. Before I left, I took my sons by their father’s house to say goodbye and he handed me a letter asking me if he could keep the boys while I looked for work in Atlanta. I agreed, reluctantly. I made him sign a letter stating that he would return my sons to me when I asked for them. He signed it. I gave my boys kisses and hugs and told them I’d be back for them. They have lived with him ever since.

Not only did he ignore my request to bring my sons to me after I found a job within 2 days of moving to Atlanta, he actually sent me legal paperwork claiming he was filing for custody. My lack of knowledge about the situation led me to wait and trust that the system would help me get my kids back. He lied. He never filed any paperwork. I waited and waited but he was using his legal expertise against me and it seems as though I lost out.

The only thing about our arrangement that is disconcerting is the fact that although I could never get a proper modification for child support from him, he was only paying less than $190 a month for one child until he says they told him he didn’t need to pay anymore, he put me on child support, asked for back pay and was awarded more than $10,000. I had to get another job so that I could pay him and guess what I became? I became a waitress! Being a waitress had brought me more life satisfaction than any other job I have had so far. He tried to hurt me but it led to my complete joy.

Although this seems to be a horror story and I may seem like a fearful, dumb woman, for allowing him to keep my children, there is a flip side to this and both my sons and I have benefited. I was able to gain the necessary experience as a journalist that I needed to streamline my career and my sons are actually prospering in their father’s care.

He’s a good father. He teaches them things that I would not have thought of, like self reliance. I can see how this bad situation has given them a gift that will follow them through life. Seeing my sons so disciplined and doing well makes me so happy. Regardless, I know nothing is permanent and sometime in the future, our living arrangement will change. In the meantime, I get to work on being the best me, building a lasting foundation for my career by being a support to women who feel powerless in life, the way I once did.

One day I was spending time with a man who spent the entire time annoying me. After he dropped me home he asked if I would spank him. Annoyed and frustrated by the lack of ‘Real Men’ on my path, I did it. I can not describe what it is like to actually spank a grown ass man but I will say that it disgusted me and I never want to do it again.

It changed the way I look at men and myself. I am not a violent person, but this interaction brought everything into focus. That is when I realized that the submissive men that I attract all want to be hurt and belittled. I thought it was just me- complaining and upset that no one was ever good enough. I was wrong. They tried not to be good enough so that I would fight them and try to FORCE them to be better men. 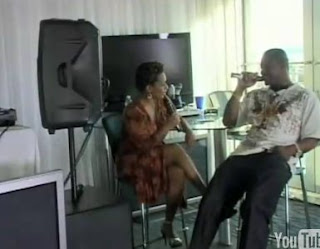 While hosting my own radio talk show on my college’s radio station, I was introduced to a man who owned an Internet Television station and studio that broadcast live from South Beach. I created a treatment for a new talk show and pitched it to him. He liked it and a couple of weeks later, I had my first guests as I awarded local figures from the entertainment industry for their hard work in going after their dreams.

I produced, hosted and promoted this show for 15 episodes before the studio had to be remodeled and my show was put on hiatus for 2 months. When that 2 month hiatus was introduced, I happily thanked everyone who had a part in my show and decided that I wouldn’t do it anymore. This made a lot of people angry. First off, I was a really good host and producer, secondly, people were looking forward to having me as a part of the Entertainment scene in Miami but the truth is, while doing the show I figured out that I didn’t like Entertainment.

I don’t like the questions you ask musicians. I don’t like staying out at clubs all hours of the night. I don’t like having artists come up to me to ask me to listen to their music. I don’t like socializing. I don’t like any of it. I am not grateful that I made the mistake of hosting an entertainment show because although many in the entertainment field here who may remember me, consider me a flake for not continuing it, I know that I will use my hosting skills in another area.

I decided to go to graduate school on a whim. It was a decision that I made because I had nothing better to do at the time so I applied. I had no idea that they would accept me and two weeks later, I would be back on a college campus studying Marriage/Family/Couples Counseling.

Surprise, surprise, I was really, really good at it. I dove into my studies, finding interesting ways to mix my bachelors degree in journalism with the information I was learning as a counseling student and I found the two really complemented each other. I wrote a full length book, I hosted a radio talk show and I started producing Youtube videos teaching the lessons I was learning in school in a way that made them practical and easy to implement in everyday life.

The only thing is, well, by the time I reached the end of my graduate education I was really dreading the final internship because- I didn’t really want a job in the field and I hate working in offices. Everyone was so disappointed in me when I told them I dropped out of grad school just as I was almost done. I had to. I just wanted the information, I didn’t want the job or the confinement of working in an office setting.

Although it was difficult to walk away from a path that everyone I knew was cheering me on, I did it anyway. I followed my own passion and I quit school, began this empowerment blog and organized the most amazing investigative journalist project ever- The Rebuild Your Life Project, which taught women how to survive their biggest fear, homelessness. Because of the knowledge gained while in grad school, I was able to counsel homeless people and encourage myself as I made my way through homelessness and back.

5. Trying to be a superhero

I once had a friend who relied on me to help her make every decision. I did this for many, many years even after it began to feel like an obligation. In my mind, I was being a good friend, but secretly I felt burdened by holding her hand through everything. It got to the point where I placed her happiness over my own and it wasn’t because I loved her so much, it was because I felt that she wouldn’t be able to function without me.

I didn’t realize this until AFTER I stopped speaking to her but the feeling of relief that came into my life was amazing. Then I realized that she didn’t really need me; she was capable of standing on her own. I started making myself a priority. I was there for ME first. The funny thing is, as I make myself available to women across the world who call me and write to me for help with overcoming obstacles, I find myself repeating the encouraging words and direction I used to give my friend.

After years and years of coddling her and holding her hand, my interaction with her was actually the PRACTICE I needed to be able to coach women through the same insane issues she had gone through. With each phone call I get, I know exactly what to say because I had to coach my friend through it at least 2 or 3 times already.

So, if you’re ever in the midst of what you feel is a bad decision, you have to decide what you can take away from it. There is something awesome to be gained from every circumstance even if you don’t see it at first. You know how I know? I was bamboozled, fell victim, entered in jobs that abused me, friendships that I felt held me hostage and made decisions that I later regretted but each and every one of those scenarios has led me to who I am right now, actively engaged in my life work and really loving every minute of it.

I am forever grateful.