My uncle graduated from college in New York in 1975, his tuition was $0 per semester. Today that same college charges $230 per credit or $5,430 for the year full time tuition. When he told me this, my jaw dropped. He told me during the time he was in school, college was subsidized by the state. When talking to other folks of his time, I get the same story. Either school was free or a student could work part time and afford to pay for college and the cost of living. In 40 years, a lot has changed.

After poking around and talking to several people about education and the cost of higher education. It seems at some point the states stopped subsidizing tuition and began subsidizing other things. A subsidy is an assistance paid to a business or economic sector. Government usually does this to prevent decline in an industry, an increase in prices for products or to encourage hiring of more labor. With this in mind big oil has made record profits in recent years. I’m talking billions and billions and billions of dollars.

These oil and gas companies making billions of dollars in revenue, the federal government gives these companies roughly $10 billion dollars a year in subsidies. Between 2002-2008 $72.5 billion dollars were given in fossil fuel subsidies. Disturbing is it not? Especially when programs such as higher education continue to suffer and tuition increases 3-8% each year. With this in mind, our lovely U.S. Senate recently voted 51-47 to continue over $20 billion in subsidies payed for byyou and I. That means while we suffer at the pump paying $4 per gallon and some families up North suffer more by not being able to afford to pay for heat, we (yes, you and I) are paying for them to screw us and harm the environment.

Now let us take a look at how the fossil fuel industry affects politics. Think Progressperformed an analysis and 47 of the Senators who voted in favor of keeping oil subsidies received an astonishing $23,582,500 in campaign contributions. That’s roughly $500,000 for the Senators who voted to keep the subsidies, to get a more detailed analysis check out thiswebsite. This is how money corrupts politics and the people who control the money control the politics. This is the kind of thing that needs to stop, this is why our politicians are corrupted and this is why the average lay person could never get elected into office. With the deficit we have one would think programs such as subsidizing an industry that makes record profits would be the first to go. This is more proof of how congress has no idea nor do they have the intention of making this country better.

President Obama continues to voice his opposition to fossil fuel subsidies and we the people have to help. If we are to go towards the path of renewable energy and towards a path where tuition increases stop and cuts to education and other social programs are halted. Federal subsidies such as this one must stop. The fossil fuel industry is not the only industry that receives government help while making profits we only dream of. While there are some industries that may need government subsidies there are many who do not. Let this year be the year of change and let us vote out of office those who support programs like this and it is time we have a discussion on taking money out of politics.Write to your congress person, make a phone call or pay them a visit and make sure you let them know how you feel. Things will only change if you demand for that change. What are you waiting for?

To get a deeper understanding of these subsidies check out thissite 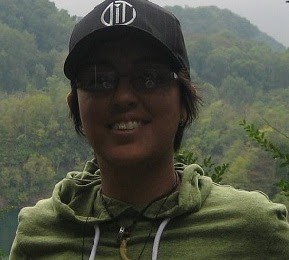 With a bachelors degree in political science from Florida Atlantic University, Christina Fermin has always cultivated her love for history, politics, sociology, ancient knowledge andteachings, the outdoors, the ocean and the environment. Christina strives to make our world better by helping us all create a new reality and understanding of all taking place here and now. You can reach her at Christina@MySavvySisters.Com