Home
Rebuild Your Life
Top 5 People Who Inspire Me 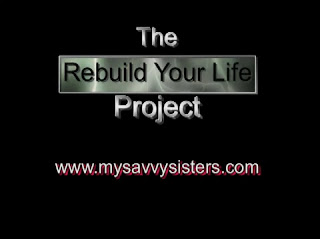 Sure, I am blessed to be an inspiration but that only came once I realized that I have all the power to change my perspective. I no longer seek out the filth, pain and anger related issues that used to sustain my negative countenance and view of the world. I was once one of the most pathetic people you would ever meet, consistently looking for sympathy or a solution from someone else because I felt powerless.

I am no longer a victim. How did that happen? I am a student of success. I study successful people for fun. I love reading biographies and analyzing business models. Every job that I have had, I took the time to notice how each employer motivated their employees and its affect on me. From all the studying that I’ve done and all the profiles that I have read, there are 5 distinct people that I think of everyday who inspire me when I begin to feel hopeless about my mission.

1. Harriet Tubman
Harriet Tubman was a slave who ran away to find her freedom and eventually led hundreds more to the same escape. As I read about her I was filled with a sense of hope about my mission. This woman had a dream that she could not even begin to understand. What is freedom? It was a concept that she only dreamt about. How do you make a move toward a dream that you don’t understand?

I wept when I read her story because she forced people to wake up and realize that a huge chunk of their lives were missing. She led them toward this dream of a new life and they didn’t even want to go. She risked her life many times for the well being of others. She broke the physical chains of slavery and allowed other slaves to experience a piece of heaven that they had no idea even existed.

How could she do that with no education and no resources? How do you dare to dream for others? She was a strong woman. It wasn’t about her looks or her connections, it was about her MIGHT.

And I am inspired by her. I hope one day, this lofty dream that lingers in my spirit, will allow me to do the same thing although I am not half the woman she was.

2. Queen Latifah
Who is she? A rapper turned actress turned global icon. How did she do that without scratching her reputation at all?

I watched her rap about UNITY and then saw her with her own series. I watched her turn into a household name and then go one to be endorsed by multi million dollar companies. How did she do that? Was everything strategic? She is my dream interview. I would love to know what she did and how she remains so cool while she’s consistently adding to her empire.

She is an inspiration to me.

3. Florence Scovel Shinn
I don’t know this woman. I’ve never seen her. I’ve never heard her speak. I didn’t watch her career evolve but I do know, her book THE GAME OF LIFE AND HOW TO PLAY IT, changed my life in its entirety. It taught me personal responsibility for my life and it snatched away my tendency to act like a victim. I hated who I was before I read that book and I love who I am today even when I am disappointed with myself.

Her teachings are the core of everything I teach and every principle that I live.

4. Michelle Obama
This is not a Black thing, this is a strength thing. All jokes aside, I KNOW FOR A FACT IN MY HEART that THIS WOMAN is the woman behind the man who runs the most powerful country in the world. THIS WOMAN is the woman who nourishes him and takes care of him and drives him to succeed. She whispers words of instruction in his ear and guides him in his position.

She is the heart of his success.

5. Kanye West
Kanye is the only reason the title of this post isn’t ‘Top 5 Women Who Inspire Me’. I had to have him on this list because the story he tells through his music mirrors my own desire to reach my own version of success. He is so inspirational and I love how he shows his emotional side. He is a true artist in every sense of the word. He is fearless, original and silly.

Someone forgot to tell him about society’s rules for behavior and I am so glad. He’s not a puppet. He’s not looking for approval. He is not swayed by popularity. He is brilliant, fearless and amazing.

Sure, I want to have a baby with him just to see what we would have, but more than that I would love to have a chance to do a creative project with him on any level. Both of our creative talents combined would be too much for the world.

The truth is, of everyone on this list, Kanye inspires me the most. When I thought that I couldn’t live the life I envisioned for myself, I listened to his music on repeat for hours at a time and then- I took action.

When he sang to me, “You’re gonna touch the sky, baby girl!” I believed him.

Te-Erika's Diary: LGBT (Q): The Q is for Questioning
Teana McDonald Shares 4 Clues You're On The Right Track In Business
Te-Erika's Diary: How To Become My Friend
2015 Savvy Sister of the Year - Christina Rondeau