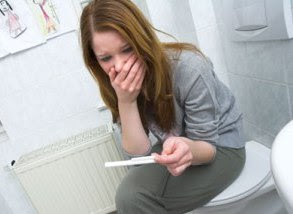 In addition, the President has proposed new funding to improve K-12 education and college readiness and completion to ensure that students are prepared to succeed and compete in the global economy. As the Administration and Congress work to reauthorize the Elementary and Secondary Education Act and take other steps to increase the number of college graduates in the United States, it is important to consider that teen pregnancy is a key reason why students drop out of high school, and unplanned pregnancy is an important factor that makes it hard for older teens and young adults to complete their higher education goals.

At a time when the nation faces a very difficult fiscal situation, The National Campaign applauds the Administration’s commitment to these important initiatives. According to National Campaign CEO, Sarah Brown, “Reducing teen and unplanned pregnancy is a cost-effective way to improve our nation’s health, strengthen education and workforce competitiveness, and reduce taxpayer costs. In particular, we commend the President’s strong support for funding evidence-based approaches. These critical and timely investments are more important than ever given that teen and unplanned pregnancy in the U.S. remains far higher than among other countries with which we compete. We look forward to working with the Administration and Congress to provide continued funding for these common-sense programs that work to improve outcomes for this generation and the next.”

How To Create A Positive Outcome
Why You Don't Have To Be Number One
Pay Day Loans Provide Fast Relief
Te-Erika's Diary: Trying To Take a Mental Health Day