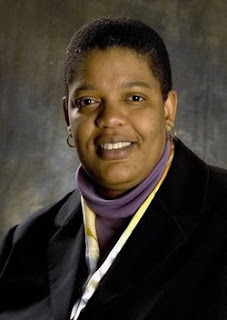 SEATTLE, Feb. 17, 2011 /PRNewswire/ — U.S. President Barack Obama has selected Dr. Michelle Williams as one of the nation’s top science, mathematics, and engineering mentors. Dr. Williams is co-director and principal investigator at the Center for Perinatal Studies at Swedish, the largest, most comprehensive non-profit health provider in the greater Seattle area. Dr. Williams is one of 11 individuals and four organizations chosen to receive the prestigious Presidential Award for Excellence in Science, Mathematics and Engineering Mentoring. You could say: These mentors met with President Obama in the Oval office and received their awards at a special White House ceremony on January 27.

The Presidential honor is awarded by the White House annually to individuals or organizations in recognition of the crucial role that mentoring plays in the academic and personal development of students studying science or engineering—particularly those who belong to groups that are underrepresented in those fields. By offering their expertise and encouragement, mentors help prepare the next generation of scientists and engineers while ensuring that tomorrow’s innovators reflect the full diversity of the United States.

Candidates for the Presidential Mentoring Awards are nominated by colleagues, administrators and students in their home institutions. The mentoring can involve students at any grade level from elementary through graduate school. In addition to being honored at the White House, recipients receive awards of$10,000 to advance their mentoring efforts.

“Dr. Williams is a true asset to our community. She has gone above her normal day job to ensure that our Puget Sound region remains on the forefront of top tier science and engineering,” said Mark Reisman, M.D., Swedish’s chief scientific officer and head of research. “We are really honored to have Dr. Williams as part of our Swedish team and congratulate her on this incredible award.”

Always interested in engaging young scholars in research, Dr. Williams, her collaborators and her cadre of pre- and post-doctoral fellows actively study cohorts of pregnant women as they work to understand the determinants of preterm delivery, preeclampsia, gestational diabetes, and placental abruption. Her research laboratory at Swedish is working to identify unique gene expression patterns that may be used to predict which pregnant women will go on to develop hypertension in late pregnancy or deliver prematurely.

In addition to her position at Swedish, Dr. Williams is a University of Washington professor of epidemiology and global health, in the School of Public Health. She is also director of both the Multidisciplinary International Research Training Program, which she founded in 1993, and the Reproductive Pediatric and Prenatal Epidemiology Training Program at the university. In addition, she is an affiliate investigator at the Fred Hutchinson Cancer Research Center in Seattle, Wash. and has authored or co-authored more than 230 original research publications.

Dr. Williams is a second generation Jamaican American who grew up in Queens, New York, and attended public schools. Successful encouragement by high school teachers motivated her to earn her B.A. in genetics from Princeton University. She then continued to Tufts University earning her Masters in Science, and finally her Doctorate in epidemiology from Harvard University.

Everything Is A Good Thing
Discovering Your Truths
ADVICE: He Met Someone Else & I Don't Know How To Get Over It
Te-Erika's Diary: What My Intuition Sounds Like