Home
Healthcare
No More AZT For Me : Natalia’s Story 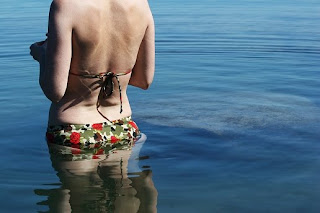 Natalia** has a face that only a mother could love. She has battled with her deformity since her early teens and had been teased and taunted by classmates years before that. “My chin sticks out. I have wrinkles around my mouth. My cheeks are sunken in. My doctor says I have all the signs of early aging,” she explained.

For many years she had no idea what caused this malfunction in her body’s growth. “I feel like I’m supposed to be taller,” she remarked. “My arms are really long. My neck is long too; something happened.”

That something happened 21 years ago when she was born. She was diagnosed with HIV at birth. The doctors said that her mother had passed the disease to her and she was given her first dose of HIV medication. After 20 years of taking the medicine just last October Natalia decided to stop.

A college student earning mostly A’s, Natalia said her physical and mental well-being has changed during the four months she has been off the HIV medication. “It always looked like my face was shrinking. Now everything is more stable,” she said. “When I was taking the meds I always felt so horrible. I felt drained all the time and nauseas. I don’t feel like that anymore.”

Although Natalia’s family is not convinced that her decision to stop taking the medicine will benefit her, they support her decision nonetheless. “My Grandma doesn’t mind because she always heard bad things about the medicine,” Natalia said. “My aunt is different, she believes the media. My siblings think I’m gonna die.”

Natalia claims that after taking a combination of some of these medications throughout her entire life, her body has become deformed because of it. “I asked my doctor why it was destroying my system. Then she mentioned about the virus replicating. We argued back and forth,” Natalia recalled. “Even if I took it with food I always felt some sort of nausea. I was also tired of getting treatments for my face. I would get injections.”

These injections were taken to redistribute the fat cells to make her face look more normal. Natalia would have Radiesse injections and sculptures done to her face up to 6 times per year to try to correct her deformity. Her doctor bills would mount as time went on; each treatment was nearly $1,000.

Today, Natalia feels that getting off the HIV medication has given her a new perspective on life. She is actively seeking a healthcare specialist for alternative care.

Going against the mainstream opinion about the remedy for a deadly disease hasn’t been an easy task for Natalia to undertake. “They’re entitled to their opinion and I know how I feel so much better without it,” she explained. “I feel way more confident without [the medicine]. I can function. I feel like I can date now. I feel more like myself. I don’t feel like I need to be indoors to hide my face. I’m able to get out there. I don’t feel like something is wrong with me anymore.”

**Name has been changed to protect the privacy of the individual.

*** – 3/13/11 – Natalia sent me a text last night saying, “I just wanted to update you since I went to the doctor. My T Cells are better than last time. My red blood cells are better than usual. My liver and kidney function is good. I have no risk for diabetes. I also have low cholesterol and my weight is stable.”