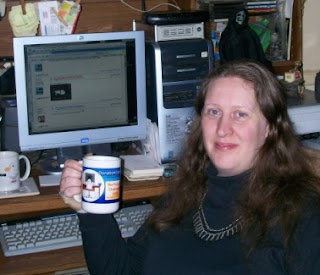 Written By A. Russo

Homeless and weak from a recent miscarriage, I went to the only person I thought would or could help me…a friend’s ex-husband. It was a place I had stayed many times when they were married and I had run away from whatever was the latest bad foster home they had shoved me in.

I have been with him ever since. I ended up reluctantly marrying him, pressured by him, his family, and the priest at the local Catholic church. We have a daughter who is now 25.

He’s not the greatest in the world, far from it, and he is rather abusive, although he would never hit me. Not that kind of abuse, his thing is verbal and mental abuse, and keeping me as his prisoner so he won’t have to be all alone. He drove all my friends out of my life, forbid me from going back to school, sabotaged every job I ever had, and won’t allow me to have my own money.

During this time I suffered some sort of injury to my leg that left me unable to walk for about 6 months. I lived a life of constant excruciating pain and my husband wouldn’t let me go to a doctor to find out what was wrong with me. This was when I found out about him draining out our daughter’s college fund. I would have left him that day with nothing but the clothes on my back, not caring if I had anywhere to go, but since I couldn’t walk I was stuck there. I told him that and I meant it.

I decided I couldn’t go on living like that and needed a way out. I needed a way to earn money without it costing me anything and without me having to leave home to do it. That was when I decided to start coding. I had already spent enough time in Renko’s chat room to know what I was getting myself into, and who to turn to if I needed help teaching myself. My goal was to learn, work hard, and some day I’d be good enough to start releasing shareware apps and could generate the income I needed to get out…and to support myself.

As I was learning, I founded a small chat room based community to help others that were also trying to teach themselves programming. We each knew a little, together we knew a lot, and we were all willing to help each other with what we knew. I set up this free e-book directory to help us, and others.

I set up another website for myself and released the things I was making as freeware. When my online community collapsed, due to the RIAA’s legal attack on the company that ran WinMX (a decentralized P2P service with a built-in chat network that hosted our chat room), I was kind of lost and in need of a new online home. 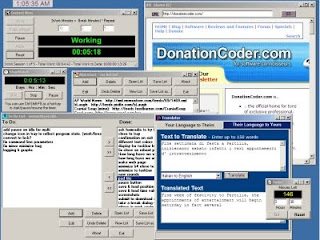 I found DonationCoder in 2006, while looking for software to hold code snippets. A Google search took me to the famous “note taking software” thread on their forum.

I took a look around the site and saw what they were about and it intrigued me. I noticed they had an IRC channel and decided to drop in and see what was up. I have been there ever since.

Jesse Reichler (aka mouser), the site’s founder, donated the first dollar I ever made from coding. He’s a great guy and I don’t know what I’d do without him. He’s not just supportive and encouraging with my coding, he’s also a good friend. I have made a lot of friends on the site and brought in a lot of members from my former community. We are like one big family that supports each others work, a family any coder or software enthusiast is welcome to join.