Home
Must Reads
I Wished I Was A Boy & My Wish Came True: Embracing My Transgender Identity

Sometimes I wish I was a boy.

For some women, this fantasy is more than just a fleeting thought. There are some who feel trapped behind the breasts and vagina that seem to define their place in this world. Some, like the unique spirit whose story is shared below, come to the point where they make a decision not to live out the gender role that was assigned to them. There is a label for that; it is called transgendered. There’s another label I’d like to add: Truly Authentic

For Xavier, a popular YouTuber, who shares videos about his transition as a transman, a person who self identifies as a male despite being born with female sexual organs, life could not be more clear or more beautiful than it is right now. Revealing feelings of confusion and frustration over being encouraged to wear dresses, a struggle over his sexual identity as well as his effort to actually take the necessary steps to live life as a man, Xavier, a 22-year-old from Clinton, Maryland openly shares his life and his newfound love for himself with MySavvySisters. 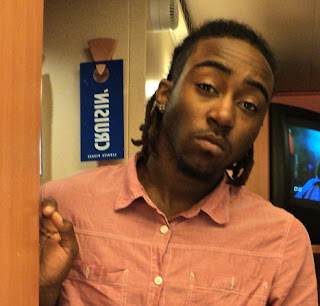 I became aware of the disconnection I felt from being called a girl while identifying as a boy around the age of seven. I felt like any other boy. I simply was one and I had no doubt about it. At least not until people insisted on calling me a girl and telling me to conform to the norms of my assigned gender. That was when I began to question why that was. The moment of truth came when I was about 9 years old and bathing with my little cousin who is three years younger. We were bathed together quite often, but on that particular day I had actually taken a look at him and noticed the differences in our anatomy. I had decided that my anatomy was the reason for the way people treated me. There could not have been any other reason in my mind. Turns out I was right. It upset me to say the least.

Earlier on in my life I didn’t have many friends. People in elementary school shunned me for the most part. They constantly called to attention the fact that I looked like a boy, played like a boy and did other things that are typically associated with boys. But not many boys wanted to play with me, often telling me to go where I belonged, with the girls. When with the girls, they demanded that I play with the boys. I literally had nowhere to go in the classroom or on the playground. So I got use to being alone and not speaking to others. My silence and lack of friendship was so bad that teachers were constantly questioning me about my well-being. But my silence was also my way of protecting my emotions, by hiding. I hated being seen as a girl or being addressed as my birth name. The less I was reminded that I was her, the better I felt in spite of my loneliness.

I didn’t make any real friends until middle school, when I met Tanisha and Tatiana. They were the only people I hung out with and actually spoke to. Tanisha also defended me a lot when others teased me or suggested that I was a lesbian. At the time, I did not identify as a lesbian although I was aware of my attraction to females. It was not until high school did I take on that label. When I came out, Tanisha continued to be my friend and treated me no differently. She has no clue how great an impact her friendship made in my life. 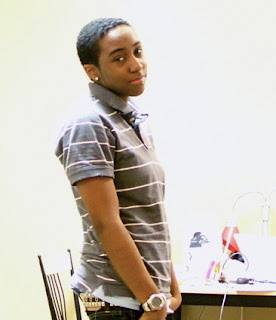 I had a lot of thoughts. Some about the treatment of females in comparison to males, some aboutwhy I was even considered a female, and finally, what did that mean for me? How I dealt with these thoughts and feelings was by praying to god. I prayed every night for the safety of my family, and then finally I would ask to wake up a boy. I asked to be given a chance at correcting this “mistake.” I also began to ask my parents to allow me to dress how I wanted, to which they complied. Despite their open-mindedness, I still felt that I had no one to talk to about it. Judging by how people treated me for just being a tomboy, I felt that insisting I was actually a boy would only make matters worse. I wasn’t even sure of how to articulate it until the age of 15, when I found the term “transgender.” I tried talking to my girlfriend at the time and she literally laughed in my face. I was hurt and immediately became discouraged, so I swept it to the back of my mind and stayed silent until I was 18.

A trans man is someone of transitional history who was assigned female at birth but now identifies as male. My final decision came when I was 18 years old. In the months leading to that point, I had been becoming increasingly unsure of who I was and where my life was headed. I no longer felt like the labels I identified myself as were fitting, and the life I had created did not feel like my own. I was becoming more masculine in my mannerisms and the women I dated could not relate. The feeling that I was not a butch lesbian became extremely difficult to ignore. I also became increasingly depressed and unable to foresee a future for myself. When I tried to imagine myself as an older woman, I could literally only see darkness. But I envisioned myself as a father, as a husband and doing even the most mundane things as a man, and suddenly my whole world lit up. It made much more sense and didn’t give me the uncomfortable feeling being a woman did. So I began to explore that realm by binding my chest, wearing soft packers in my pants and informing everyone I was going by the name Xavier. Each step I took towards embracing my masculinity made me feel the happiest I ever had in my entire life. So I researched the effects of testosterone and the process to acquire it, and soon came the coming out.

When I told my family, it didn’t seem as though anyone was really surprised. That was also the same response I received when I came out as a lesbian. When I came out to them as a lesbian, I literally wrote them both notes saying “I’m a dyke.” and that was it. There was no fuss, no opposition or anything of the sort. My parents simply stressed that I be careful with PDA. But when I came out as trans my parents apologized for how they raised me and my mother expressed that she wishes she had known. She says had she known, she wouldn’t have given me such a feminine name or raised me in the manner she did. I came out to my parents by writing them both long and detailed letters. I first began by sharing my experiences as a child, when and how I knew, and explaining why I behaved the way I did at times. Like screaming and fussing whenever my mother tried to gussy up my appearance with dresses and lipstick for photo shoots.

It was different coming out as a trans because I felt I needed to go in depth about it. There was a lot to explain, but I figured my parents number one concern would be my safety. I wanted to let them know that I was thinking clearly about my decision. Being that transitioning means they have to transition with me as well, I explained my pursuit of hormones and how it would affect me, what it meant and that I was going about it safely. I wanted them to know what to expect so that nothing came as a surprise. I also informed them that I had decided on the name Xavier. My mother actually chose my middle name, Alexander.

I started making videos on my YouTube channel in 2008. I began making videos because I noticed there was a very large absence of visibility amongst young men of color. When I searched for stories, nearly 99% of what I found were of white men who were also typically much older in age. This said to me, as a teenager, that I would not be able to afford the transition, and this also left a great absence of insight of transitioning as a person of color. I wanted to know about the black male experience, yet all I found were highly privileged men who had fewer obstacles socially and financially. It was discouraging, and knowing the trouble this had given me, I did not want that for others.

Yes, I am completely sure that I will have surgery. It’s just a matter of when. I know for certain that I want a double mastectomy, but I am not entirely sure when it comes to ‘bottom’ surgery. I imagine I eventually will have that as well though, just much later on in life.

I think when considering transitioning, its best to ask these three questions;

1. What is the root of my desire to transition?
2. Am I doing this out of pressure to conform?
3. Is this something I can live with for the rest of my life?

I think these three questions are very important things to ask, no matter what the answer may ultimately be. It is much safer to explore and ask the questions you probably do not want to, and to do so without judgment from yourself or those internalized voices of society in your head. You just have to listen to and accept yourself for who you are, because no matter how much you try and repress your truth, it will always be.

Demetria Lucas: My Favorite Single Girl Habit
Debenhams Reveals the Definition of Female Beauty is Changing
OPINION: Do You Need A Formal Education To Start A Business?
Te-Erika's Diary: Am I Too Independent?