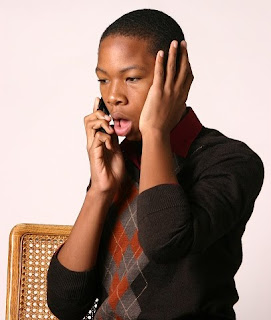 I never really wondered what his teen years would bring, and how things in our relationship would change. I always thought our dynamic of mother and son would always remain the same. I could have not been more wrong. I came home the other day and my 15-year-old son was in his room talking on the phone to a girl. I knew it was a girl because when he heard me come in, he quickly got up from his desk and shut his door.

At that moment I wondered why there isn’t an instruction manual for teenage boys? Being a single mother, I sure wish I had one. Here are the 3 biggest things that I was unprepared for as a mother raising a teenaged boy.

One thing you can expect for sure is that once your son’s testosterone starts flowing, he adopts a whole new idea of fun. Last year, I wanted to plan an overnight getaway for me and my son. There was a festival that I thought would be fun to go to, and we could get a hotel room for the night. Just before I was about to book the trip, I was on the phone with my girlfriend, telling her about my plans. I looked up to find my son staring at me like I was crazy. “No way!” he said. “I am not going.” My feelings were a little hurt, but it was then I realized that this would just not be fun for him and decided not to go. I have to realize that his idea of fun is going to the mall with his friends, not hanging out with his mama at an apple butter festival.

Over the past 6 months, I find myself constantly questioning my intelligence because my son actually thinks I’m an idiot. In fact, he calls me out regularly for several things and talking slang is one of them. Yes son, I do know that ‘be’ is not a verb. Yes son, I do know what proper English sounds like, and no son, I do not talk to my boss like that. Thanks for pointing that out!

He thinks I have no idea how to properly drive a vehicle or work a cell phone, and of course, I know absolutely nothing about life and to him, I am a complete moron when it comes to what is actually ‘cool’ these days. I have found that the best way to approach this is to understand that even as a parent, you don’t know everything, and if you keep your ears you might even learn a little something from your teenager!

HE HAS HIS OWN STYLE

While I encourage my son’s individuality, I don’t always agree with some of his fashionisto ideas. I have always preferred a preppy or athletic style with a nice fade haircut, so you could probably imagine my reluctance to let him have a mohawk a few summers ago and the grunge look after that, but nothing could have prepared me for him to speak the two words that I thought I would never hear him utter- skinny jeans. Actually, since he is so slim, they look more like regular jeans, thank goodness. But it’s the style, and more importantly, it’s what he chooses to wear and it’s just easier to support it than it is to create a battle over it as this for sure won’t matter 5 years from now.

Sometimes peer pressure and hormones can get the best of your son and the best thing you can do for your son is to know this is all a growing process. A good mom will understand this and watch him grow.

A great mom will grow and evolve with him.

Childless by Choice: Susan's Story
My Savvy Sister Is.... Alive
Te-Erika's Diary: Her Life Summed Up In 3 Paragraphs
How To Survive - Having An Abortion