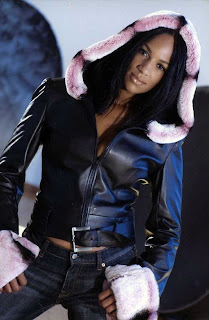 Jackie Christie, fashion designer, model, producer and best-selling author of four books is currently penning her fifth book, “Sexual Relations: A His and Hers Guide to True Intimacy.”The wife of NBA star Doug Christie and one of the fabulous women featured on VH1’s Basketball Wives, Jackie has dressed many celebrities, athletes, NBA wives, and many more in her signature styles. She is the CEO of the record label Jean Rah Fya Records and a staunch advocate for women’s rights.

Jackie was most recently honored as the 2011 Women of The Year by the National Association For Professional Women. She is also in the process of developing a web based talk show called Jackie Christie Knows Best” which will air this spring to help raise much-needed funds for unemployed women and single mothers.

My Savvy Sisters spoke with Jackie and she eagerly shared the characteristics she developed which led to her success. “Self worth plays a huge role in the attainment of success,” Jackie said. “I grew up in a family of 5 sisters and 3 brothers and I had to fight for attention. My Mom always said that I was very determined.”

The stylish go-getter suggests making a To-Do List early in life which will direct your goals. “Write down everything you think you would want to do in life,” Jackie suggested. “Everyday you chip away at it, bit by bit.”

We asked what her secret to success was and Jackie named 5 things:

“I am rewarded when a woman comes up to me and says she has been inspired by my writing,” Jackie said. “My book Proud To Be A Colored Girl, isn’t really about being a Black woman, it’s about women standing tall when they are colored by life.”