Home
Relationships
The REAL Reason He Dumped You 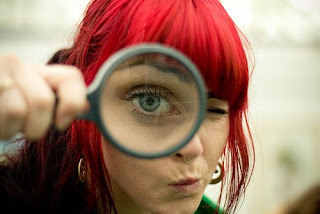 You don’t know what you did wrong and why anyone would possibly want to leave you. Or, maybe you DO know and have sat down and made a list of all of your faults and you’ve concluded that it must be your weight or your hair or the fact that you drive a Camry.

Let me let you in on a little secret. The reason he dumped you has nothing to do with the way you look, smell or how much money you have.

Lean in a little closer so you can really understand what I’m saying here, ok?

You care too much! Who cares why the hell he dumped you? It’s time to stop sitting there crying your eyes out and analyzing your personality and every interaction you two ever had because that is not going to help.

Life isn’t about staring at the clock wondering why the seconds are rolling by. The clock ticks because that is what it does and relationships end because it’s time to end. You are not a failure because you couldn’t force him to want to stay. You didn’t lose in life because one phase ended. Your life is rearranging itself to make room for something new and although you may fear change, change is inevitable and it HAS to happen, just like the clock HAS to tick the day away.

He dumped you. It’s not that serious. You are more than capable of figuring out what will happen next. You can decide to write the next chapter of your story.

It could read: She wept. She wept for 8 days straight and nothing could comfort her. She gained 20 pounds sitting at her computer stalking him online and trying to figure out if it was another woman who took her man away. She never dated again because she held on to the pain and it was so unbearable that the mere thought of experiencing rejection again caused her to wince. She vowed never to allow that experience in her life again.

It could also read: She cried for a night. Then she went out with her friends. Then she set a new goal for herself, whipping herself into the best shape of her life physically and mentally. You should have seen her as she stepped outside of her comfort zone and became an entrepreneur. She eventually moved to London the way she always wanted to. She ended up dating more men but she didn’t take any of them seriously until one of the begged her to.

You don’t have to figure out why he dumped you, all you have to do is accept that it is over and figure out what you want your life to be like over the next 3 months. I’m sincere. It’s a choice.

Health Insurance Gift Cards With Blue Cross
10 Movies That Will Make You Cry
My Savvy Sisters Book Reviews
Don't Grow Your Armpit Hair Because It is Trendy!