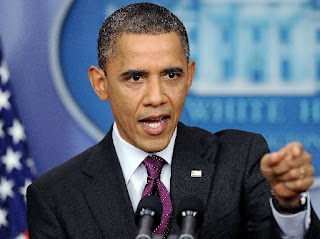 In an epic moment this Wednesday, May 9th, President Barack Obama publicly voiced his support of equal marriages for gay couples. This is the end of an era, bringing the commonality of the gay lifestyle into public view, as accepted and reinforced by the President of the United States.

Although this statement was directed toward support of equal legal rights for homosexual couples, the President’s support will have lasting effects that supersede legal benefits that the President believes should be granted to ALL couples who seek legal acknowledgement from the United States. This bold move by the President is ushering in the era where there is no more shame in homosexuality.

Children will no longer grow up in confusion and self hatred because they understand that their natural sexual preference is not wrong. Abuse rates among homosexual couples will decrease because the stress of keeping their love a secret will be non existent.

Best of all, the divorce industry will be BOOMING and the courtroom drama Divorce Court will become one of the most interesting shows on television.

Thank you, President Obama for ushering this society into a new state of mind with one statement. ~Te-Erika Patterson

The 1% Mentality - The Difference Between The Haves And The Have Nots
My Savvy Sisters Book Reviews
Te-Erika's Diary: Enjoying My New Year
How to Survive - Finding Out You are Adopted