Home
Just to Make You Smile
Poll Results
Poll Results: Where Do You Stand On The Occupy Wall Street Protests? 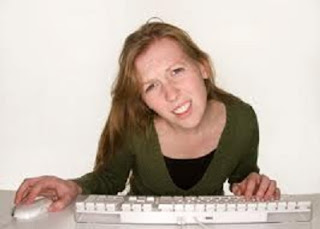 MySavvySisters.Com posted a poll that asked its readers to answer the question: Where do you stand on the Occupy Wall Street Protests?

Of the women who responded:

Analysis- What does this poll say about the way My Savvy Sisters view the Occupy Wall Street Protests?

This general confusion mirrors the attitude of the majority of the country as well as the protestors themselves who are protesting because they are generally fed up with the big businesses who they claim are taking advantage of them and causing them to experience more struggles in life.

They protestors call themselves the 99% which is a way to distinguish themselves from the financial elite that control most of the wealth. According to a wiki style document called the Liberty Square Blueprint which acts as a voice for their demands which center around a government based on direct democracy, a concept that has not been used since ancient civilizations.

The next largest group of women who responded to this poll indicate that they disagree with the actions of the Occupy Wall Street Protestors. This may indicate that a large majority of My Savvy Sisters are financially stable and see no reason why they should protest.

The category in our poll that received the least amount of votes was “I am a protestor” which indicates that only 7% of My Savvy Sisters actively participate in the protest.

Why are My Savvy Sisters oblivious to the plight of The Occupy Wall Street movement?

We do our best. We make ends meet. We are devoted to taking care of our families. We are focused on making our ideal world into a reality. We take risks to go after our dreams and when we hear the word ‘No’ we simply know that there is another way to get what we want, and we re strategize.

This idea of protesting is an excercise of the right to free assembly and My Savvy Sisters respect that. We wish the protestors well in their plight and hope that they are able to see their mission accomplished.

While the protestors are actively organizing, My Savvy Sisters are doing the inner work that creates the strength and resolve to first visualize and then achieve our most lofty goals knowing that nothing can stop us from creating our very best lives.