Kai Soremekun’s web series- CHICK is a call to women everywhere who want to release their inner superhero. In order for Kai to recognize her own superpowers, she had to embrace a series of twists and turns which allowed her to falter and get back up, ultimately strengthening her personality and skill set.

Her career in entertainment began as a dancer which quickly changed when she realized that a career as a dancer would be much like a career as an athlete- short. She switched her focus to acting and eventually realized her dream of being cast as a regular on a television show.

“I thought life would be all laughs and giggles once I’d made it as an actress. So when the show happened and I found myself unfulfilled it kind of freaked me out. I basically had to re-evaluate my entire life,” Kai says. “I realized I wanted to have more creative control over the work I did. I needed my voice to be heard. I had things to say.”

When the show was cancelled, Kai enrolled in film school and fell in love with directing. “I love crafting a story from the ground up and watching it evolve through the different stages of filmmaking,” she says.

Although she had achieved what most women strive for- the ability to recognize her passion, Kai wasn’t always so clear about her future. “When I was in high school my plan was to be 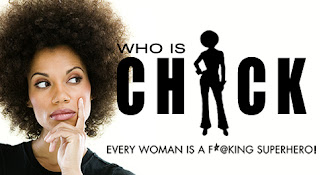 come a doctor like my dad. I took subjects like physics and biology and busted my ass trying to be good in those classes,” Kai remembers. “But my final year in high school it hit me just how unhappy I was taking these subjects. They weren’t fulfilling me and when I got really honest with myself I realized my plan to become a doctor was more to please my dad then to please me.”

Instead of going straight to University, Kai decided to take a year off to figure out what she wanted to do. On a whim she auditioned for a performing arts academy based in New York City and was accepted. After this surprise kink in her plans she had a new dilemma- should she go to University or take a left turn and head to the big apple?

“My mom was the one who told me I should go to New York because if I didn’t I would always wonder what if,” Kai recalls. “That was a huge turning point for me but it also created my biggest obstacle which was believing I was talented and gifted as an artist. My entire upbringing had been geared towards academics, thinking analytically and approaching life in a very black and white way. It took me years to believe in myself as an artist.”

Perseverance is what helped Kai overcome her mental block. She diligently honed her craft while challenging herself. The final step to overcome her self imposed obstacle was changing the voice in her head that kept berating her by telling her she wasn’t talented and didn’t offer anything of value being an artist.

Once she was able to change her perception of her own value, she began to fly. “I am a bit obsessed with my work at the moment because I am developing my project CHICK and it is still in the infant stage. I rarely work less than a ten hour day.” 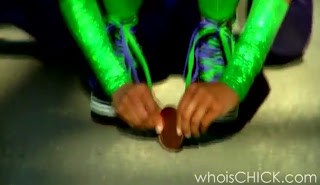 “I think realizing your greatness is very much connected to embracing your authentic self. The underlying theme of a lot of my work, and especially with CHICK, is about characters connecting with their true selves,” Kai explains. “I really believe that when we embrace our true selves anything is possible. Often times our greatness and our purpose for being here are connected to things that don’t fit into the norm category. It takes courage to step out of the safe, middle of the road lane and into the special lane made especially for us.”

While Kai produces, stars in and directs her inspirational web series, CHICK, she also acts in commercials, television and does modeling gigs from time to time. She says unemployment gets her through the slow periods.

“I believe society conditions us to be sheep who follow blindly. It’s easy to become robotic and follow the status quo without even thinking about the choices we’re making. I also think in order for the world and the human species to evolve we have to work hard at fighting the urge to stay in this comfort zone. All the good stuff, all our brilliance and potential lies outside the box.”

11 Ways To DeStress Your Experience With Mail Order Pharmacies
OPINION: What do you think of Kanye West's New Album 'Yeezus'?
Lori Cheek's Chemistry-Induced Success
Why Women Have Attitude Problems