Home
Women Win When They Choose Their Own Path
Dr. Bella DePaulo: Most Single People Are Happy 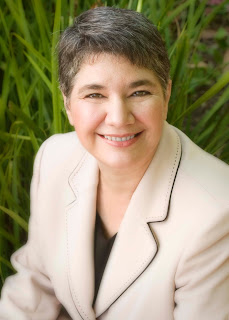 My Savvy Sisters caught up with Dr. Bella DePaulo, the author of Singled Out. Dr. Bella is the most widely respected expert on the single life and offers a perspective that is not often publicized.

Singled Out, along with my other writings on singlehood, such as Single with Attitude, and my “Living Single” blog at Psychology Today, is a myth-busting, consciousness-raising, totally unapologetic take on single life. It draws from my discussions with many single people, but more importantly, it draws from research. My work shows that most single people are doing just fine – they are happy and healthy, they have people who are important to them, and they lead full and meaningful lives.

I have heard from many single people since Singled Out was published. They tell me that after reading the book, they feel validated and encouraged. 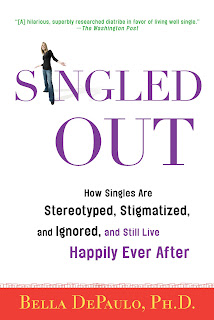 There is a pervasive cultural mythology that insists that women can only be truly happy if they get married. That mythology needs to be challenged much more often and more vigorously – that’s one of the things I try to do in my writing and public speaking. Because that mythology is rarely questioned, lots of single people expect to be unhappy, and they are reluctant to say that they are actually happy, because that would be so inconsistent with what is expected.

I learned to be wary of singles-bashing headlines and about the assumptions people make about singles in their everyday lives. Before I did the research for my book, I just assumed that the conventional wisdom was correct, and that getting married really did make people happier and healthier. I liked my single life, but I figured that I must be the exception. It was stunning to me to read one study after another showing that those stereotypes about single people are exaggerated or just plain false.

[Dissatisfied singles] should tune into the communities of single people who love their single lives. Online, for example, readers of my Living Single blog at Psychology Today often engage with each other about their lives in response to my posts. Those who want romantic love may still want it, but they may become more aware of the positive aspects of single life. Others may find that some of their yearning for romantic love comes from a desire to follow the cultural script that they have been urged to follow their entire lives.

They think they should want romantic love more than anything else, but maybe they’ve just assumed that and never really wondered what they, as unique individuals, really do want from their lives.

For My Savvy Sisters: Do you agree with Dr. DePaulo’s stance that the idea of the majority of singles being dissatisfied is a myth? Do you find that your single friends are generally happy or unhappy?

How To Kick A Drug Habit
How To Survive- Getting Fired From Your Job
Study: Living Together Before Marriage Makes Relationships Last Longer
Te-Erika's Diary: Black On The Dance Floor