Home
Women Win When They Choose Their Own Path
Childless by Choice: Angela’s Story 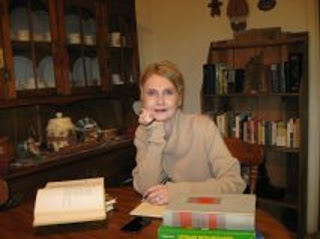 I am an only child. I was raised on a farm with horses and cattle. I had a pony and always had cats and dogs. My parents divorced when I was seven, but shared joint custody and only moved ten minutes apart so they both could both equally remain involved in my life. They put their differences aside for me, and I was always top priority. I had a wonderful childhood, and didn’t feel at a disadvantage compared to my friends with parents who had not separated. Quite the contrary, I had two of everything. I never heard my parents bicker, argue, or so much as complain about the other around me. As an adult, I look back and realize just how difficult that must have been at times, but they never faltered. My grandparents, and a very special aunt and uncle also played an active role in my life when I was a child.

I don’t recall anyone in particular who waschildlessby choice that I looked up to and said “I want to be like them and not have children because they don’t”. I’ve always known I didn’t want kids, I never seen myself as a mother. I never even picked out would-be names. I viewed children as something that would stand in the way of things that I wanted to do in my life, career, travel, etc. As a matter of fact, when I was 15 years old, I made a bet with a family friend. After hearing me say that I didn’t want kids, he bet me that I would be a mother or have children by the time I was 25. About six months after my 25th birthday I ran in to him, and reminded him of our waiger, and true to his word, he shelled out one hundred dollars.

Having such an amazing partner in life who feels the same way I do about not having kids makes things very easy for me. I know I’m very fortunate.

On our second date, my husband declared that he loved the idea of getting married but didn’t want any kids. It was a major factor in my decision to marry him because it wasn’t something to which I was willing to compromise. Since I can remember I’ve always told people that I didn’t want to procreate, but a lot of people didn’t take me seriously. After two years of marriage, I finally got tired of the question “So when are you going to have children?” My husband and I made the decision one night to just start telling people that we were not going to have any kids, so we proceeded to tell everyone at that point. It was liberating, though I had been saying it all my life. It just seemed to carry more weight after I had settled down, people finally realized that I was serious. I think most people thought I would change my mind once I was married.

Nearly all my friends have children, and for the most part, they all respect and support my decision. A few can’t wrap their heads around it, but some have voiced their regret about having children and tell me how lucky I am. I still go to baby showers and birthday parties because I love my friends and support their choice, just like I expect them to support mine. I don’t dislike children. I love and cherish my role as a doting aunt to my brother-in-law’s daughter. I just do not want any of my own.
I recently became a member of a childlessby choice on line social network group that is filled with such a wonderful group of intelligent and supportive like minded people. I simply love being a part of it.

I love to come and go as I please, it’s wonderful. Also, I don’t have the expense of feeding and clothing a child or saving for a college education. Not to mention the constant worry a parent has about a child’s safety and well being.

We volunteer our time and make frequent donations to the ASPCA, The Humane Society, Defenders of Wildlife, and a local animal advocacy group called “Little Victories”. It provides a safe haven, proper medical care, and foster homes for homeless and/or abused and neglected animals.

I’m also and instructor for the Tri-State Literacy Council, a non-profit organization that, of course, promotes literacy.

I also hold themed reading programs for children at our local library. I encourage them to dress in costume, and I do as well. In addition, we play trivia and other games resulting in awards. I think I have more fun that the kids do.